Hay Fever known in medicine as allergic rhinitis, is an allergic inflammation of the nasal mucosa and nasal airways to pollens of any kind of plants, including those used to make hay. The symptoms are similar to those of a common cold or flu: stuffy nose, runny nose, sneezing, itchy and watery eyes, inflammation of the nasal passages, sinusitis, breathing difficulty, increased clear watery mucus. 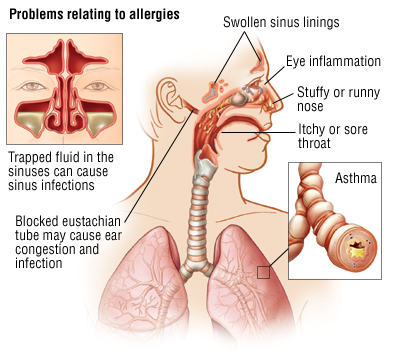 Individuals with a sensitive immune system react to these allergens once they are inhaled. The allergens trigger the production of antibody immunoglobulin E (IgE) in such individuals, this causing the release of histamines and other chemicals, resulting in the allergic symptoms described above.

Allergies are very common today and increasing each year. Heredity, developing itself in decrease immunity with each generation, and environmental pollution contribute to a predisposition to allergies. Western countries are more affected and the trend is growing.

Hay fever is usually caused by pollen of specific seasonal plants, most common in spring. However, it is not unusual to suffer from hay fever throughout the year. The pollen that causes hay fever varies by regions and between individuals. The most predominant pollen is the tiny, almost invisible pollen from plants that are pollinated by wind and not those pollinated by insects. Those pollinated by insects have large pollens which are not airborne being too heavy.

In North America, the most common allergic pollen is ragweed, late summer and fall.

What is the treatment in hay fever?… How are allergies diagnosed?
The goal is to prevent and reduce the symptoms in hay fever or allergic rhinitis, as there is not a real understanding of the cause of allergic reaction in western medicine.

Avoiding the allergen is the most effective measure, if it can be applied. To control symptoms, doctors prescribe intranasal corticosteroids, associated or not with oral antihistamines and decongestants. Long term treatment with corticosteroids is not recommended due to the side-effects of prolonged steroid therapy.

Nasal irrigation with saline solution can also help to wipe-off the allergens and clear the nasal passages.

Desensitization to allergens, by immunotherapy or allergy shots, can have some results if it is given for one full year, but it is discontinued if there is no improvement after five years.

Desensitization and increased immunity of respiratory mucosa to allergen have been seen in prolonged aerosol salt therapy. Using home salt therapy on a daily basis, for 7-8 hours a day, for at least three years, greatly improves the respiratory immunity to infections and allergens.

Complications
Nasal allergy due to its chronic nature, can cause recurrent sinusitis, malformation of the nasal passages, nasal polyps, otitis media and hearing problems, orthodontic problems and there is a high risk in developing allergic asthma, as the sensitive area grows from the nasal passages to lower respiratory tract.

Emphysema is a long-term, respiratory chronic disease. People with emphysema have breathing difficulty, especially with exhaling the air out of the lungs. The most common cause for emphysema is smoking. Quitting smoking reduces the progression of the disease. This is the most efficient emphysema treatment.

Curios about what you can find in a cigarette, beside trouble breathing? 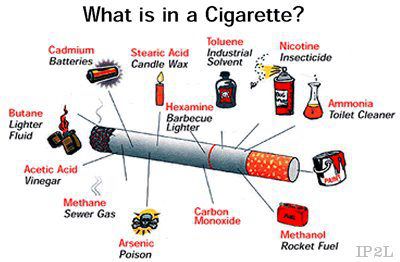 Emphysema is part of the chronic obstructive pulmonary disease (COPD).

What happens in emphysema?

Emphysema is diagnosed when the sensitive walls of the air sacs in the lungs are destroyed and this is irreversible. This damage usually occurs because of the toxins in the cigarette smoke. The air becomes trapped in lung air pockets, enlarge the air sacs and breathing becomes more difficult. These air sacs may break, damage and form scar tissue. During a lung function test, a person with emphysema will show a far longer time in emptying lungs than a healthy person. He will feel an obstruction at exhalation. Emphysema is the main disease under the COPD umbrella, followed by chronic bronchitis.

What are the symptoms in emphysema?

There could be no symptoms for many years, but as disease progresses, shortness of breath (dyspnoea) may slowly develop. In early stages of emphysema, shortness of breath may be only present with physical effort. Later on it may be present at rest as well.  As the respiratory immunity is compromised, there are recurrent respiratory infections, pneumonia, chest infections, influenza and cold.

What is the treatment in emphysema?

Emphysema is not a curable disease. The main treatment is focused on managing the disease, slowing its progression and increasing the well-being of the patient. With proper treatment and changes in lifestyle, these are very achievable goals.

Quit smoking – smoking is the main cause and stopping smoking will help considerable to slow down progression.

Steroid sprays – help with shortness of breath and reduce inflammation. Side effects include weakened bones or osteoporosis, elevated blood pressure, weight gain, cataracts and diabetes. They must be used with caution!

Natural therapies – breathing exercises, rehabilitation techniques and home salt therapy. These help in strengthening the lungs, clear the secretions and improve breathing. Home salt therapy is inspired by the seashore aerosol. The salt aerosol helps to clean the excess mucus production, reduces the inflammation and strengthens immunity. It increases blood oxygenation and fights bacterial, fungal and viral infections.  It reduces the recurring lung and chest infections and provides quicker recovery from pneumonia. Home salt therapy helps the body’s natural healing force to better fight emphysema and slows the progression of the disease.

Find more about asthma symptoms, allergy and immunology, allergy and asthma treatment, from the natural health viewpoint and alongside classical medical treatment. Find natural health tips and how to manage your asthma or allergy and be able to reduce the side effects of steroids. Read more here: https://www.salinetherapy.com/terminology/asthma/