By now, most of the world is aware about the dangers of cigarettes and the side effects of vaping. Industries are doing everything they can to help overcome the addiction. Rehab facilities, nicotine patches, nicotine inhalers and even nicotine gum. However, the most popular sustenance for quitting smoking is the vape, also referred to as electronic cigarettes (e-cigarettes). A vape is a battery powered smoking device equipped with an e-juice cartridge. This cartridge is filled with flavoured juices and lower doses of nicotine or other drug substances.

Furthermore, vapes have no tobacco in them, making it very appetizing for those vaping. It’s supposed to be a healthier alternative to smoking. As a result, people who don’t smoke are buying vapes because they’re considered to be safe and taste good. Consequently, vaping has now become a social norm. You see people everywhere casually puffing away on their mango flavoured vapes. In the end, vapes are now more preferred to cigarettes. However, was the desirable outcome achieved? There’s now a whole new addiction craze and lung illnesses as well.

Vaping is still very new to us. Researchers are continuously looking into how much damage vaping actually causes. All that we do know is that while vaping is better than cigarettes, they’re still poor for your health. Firstly, nicotine is still an ingredient, making it highly addictive. Furthermore, while vapes don’t have tobacco in them, they contain other chemicals. The vapour contains harmful chemicals compounds such as benzene, formaldehyde and acetaldehyde.

These compounds are toxic and are linked to an increased risk in cancer. The lack of knowledge makes it hard to diagnose if you have a vaping illness. What complicates things is that illnesses due to vaping have the same symptoms such as the flu and pneumonia.  Trouble breathing, coughing, chest pain and fatigue can all be symptoms of vaping illness. Though unlike the flu, it is very unlikely that a full recovery can be made from a vaping illness. 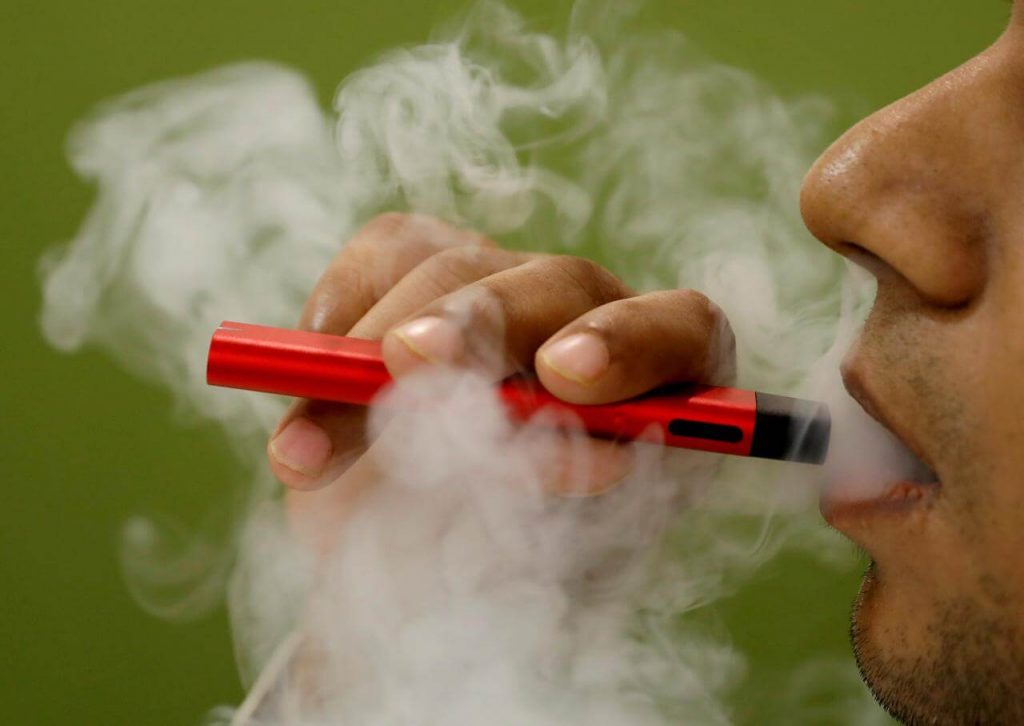 As previously mentioned, vaping shares some similar effects to that of a common cold. In contrast, vaping also leaves some more serious side effects. The base of e-juices used in vaping is glycerine that is hard to be cleared from the lungs. This promotes lung illnesses. Vaping still contains nicotine. For users who aren’t smokers and just vape for fun, this can lead to a nicotine addiction. The user will become dependent on the vape and want to smoke it all the time. For young smokers, nicotine is known to alter brain development in teenagers. With a slow brain development, people will often experience loss of memory, lack of concentration and mood swings.

Due to vaping only becoming popular a few years ago, researchers don’t know the full long-term effects. What we do know is that vaping may not be as safe as it seems. There’s a component in the vape juice called vegetable glycerine. Glycerine is the reason the vape juice tastes so sweet. While glycerine is generally considered safe, it’s worth mentioning that glycerine is a viscous oily substance. Our lungs are not made to handle these types of oily viscous particles. As a result, the glycerine particles accumulate in lungs because they cannot be cleared by cilia. This can lead to serious lung illnesses and irritated and inflamed airways. The inflammation and alveoli filled with these foreign substances will leave you struggling to breathe. Generalized pneumonia and other lung diseases are just around the corner.

An underestimated treatment that can help with handling these effects is home salt therapy. Salt therapy involves inhaling microscopic salt particles. Using salt therapy at home offers long term exposure necessary to clear the lungs. It can help with both the small-scale and severe symptoms. Salt is well-known for its anti-inflammatory and mucolytic properties. The salt particles travelling deep into the respiratory system will help to clear the lungs and open airways. In addition, the salt will heal the irritation. It’s like a natural vacuum cleaner working on your lungs. Clearer airways will improve lung function tremendously and have you breathing normally again. However, it’s important to understand that the most beneficial thing you can do for your lungs is quitting vaping. Salt therapy will help relieve the irksome symptoms, but it optimally works when you aren’t continuously damaging your lungs.

Listen to your lungs, all the coughing and troublesome breathing are your airways crying for help. Salt therapy at home is the relief you need. Inhaling these salt particles will cleanse your lungs and help you breathe again. It can even help you breathe better than before. Trade in the vape for a salt machine today, you will thank yourself later.