For the past few months, things haven’t been great. You’re always so tired that even your usual cup of coffee in the morning isn’t as effective as it used to be. You find people at work bothersome, and you tend to get more irritated when the slightest problem pops up. You eat healthy, you get enough sleep, and you don’t seem to be overworking yourself. So, what seems to be the problem?

Snoring is one of the most common cases as to why a person is unwillingly losing sleep. Snoring is the vibration the respiratory tracts due to obstructed breathing, resulting in a loud sound that can get quite irritating. Most people don’t even recognize they’re snorers since snoring only occurs when an individual is asleep.  People who snore are put into two categories: mouth snorers and nasal snorers. Mouth snorers usually make louder sounds when they snore since their mouth is wide open. Nasal snorers have a more congested sound since mucus is blocking their nasal passages, making it even more difficult to breathe. 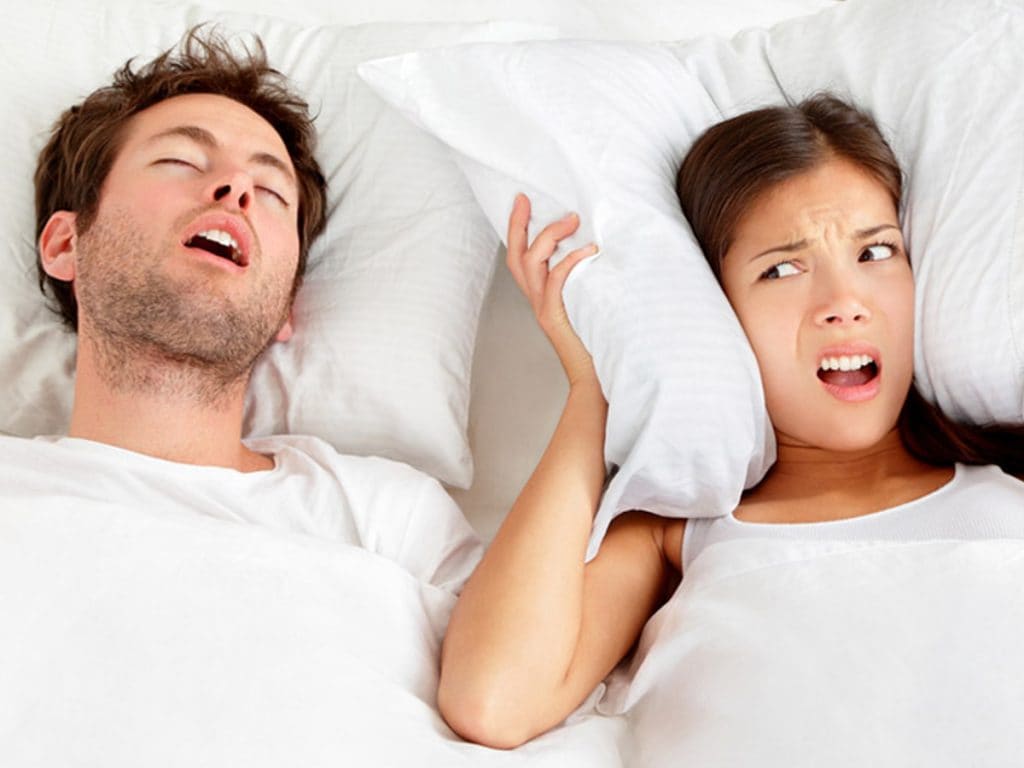 Most believe that snoring is harmless. Just because snoring is common doesn’t mean you aren’t putting your health at risk. In fact, habitual snorers can eventually be diagnosed with a condition called sleep apnea. Sleep apnea is a sleep disorder that interrupts a person’s breathing while sleeping. Individuals with this condition stop breathing repeatedly during the night, meaning the brain and body might not be receiving enough oxygen. Other risks include heart disease and increased blood pressure.

Snoring doesn’t just put your physical health at risk. When you snore, you don’t sleep as well. You wake up feeling tired and sore since your respiratory system has been working on the double to try and keep you breathing properly. Not enough sleep comes with increased irritability and mood swings as well. You aren’t as driven to do tasks that you once considered easy. This can put a strain on both your personal life and your work life as well.

How Can I Stop Snoring?

Unfortunately, there aren’t many options for treatment of snoring. Some people visit sleep clinics, in hopes that expert observation on their condition will find a way to cure their snoring. However, this can get quite expensive and timely. Even frustrating when there seems to be no progress.

A special mouthpiece designed for snorers is another popular option. These mouthpieces are put on before bedtime to position the jaw a certain way so that the snoring resides. While they are helpful, it can be quite uncomfortable and irritating. Your jaw would also feel quite a bit of pain after being forced to stay open for a whole night. Imagine doing that to your jaw every night. Individuals also feel insecure about the mouthpiece, especially if they’re sleeping next to a partner.

The sleep clinic came to no help and you gave up on the mouthpiece after deciding it was too painful and irksome for you. What next? There aren’t any medications to treat snoring. Your last and most desperate option would be surgery. While it’s a minimally invasive procedure, it’s still a lot to consider and some aren’t as lucky as others to be covered by health insurance. There is one more treatment that isn’t as recognized, although it definitely should be.

Salt therapy is a non-invasive treatment in which all you have to do is inhale salt particles. Salt therapy does wonders for snorers, especially nasal snorers. The salt particles travel deep into the respiratory system, clearing the airways. Salt also attracts water particles, making the mucus that’s clogged moisten and easy to expel. Salt therapy also reduces inflammation in the airways, which is very common for snorers to have. Spas offer salt therapy treatment, but this can even be done at home with the purchase of a salt machine. This would be the optimum option since you can put the salt machine in your room and even do it while you’re sleeping (SaltAir device) or you can use it in an office during the day or when you travel (SaltAir UV mini). Unlike other treatments, there is no such thing as overdoing salt therapy.

As previously mentioned, snoring makes you feel tired out. Salt therapy can also help with that. With salt, negative ions are also being released into the air. Negative ions are what give the body a relaxed feeling, as if you’re at a spa or a beach. With the body being more relaxed, a deeper sleep will occur. You’ll wake up feeling rejuvenated and calm, ready to start your day.

Take the Step to Salt Therapy

It’s time to stop brushing off snoring as a common problem. Snoring can lead to serious risks down the road and the issue needs to be addressed. Salt therapy can help change that. It’ll aid in cleaning your airways, stopping the snoring, and help you get a better night’s rest. Take the step and stop snoring with salt therapy today!